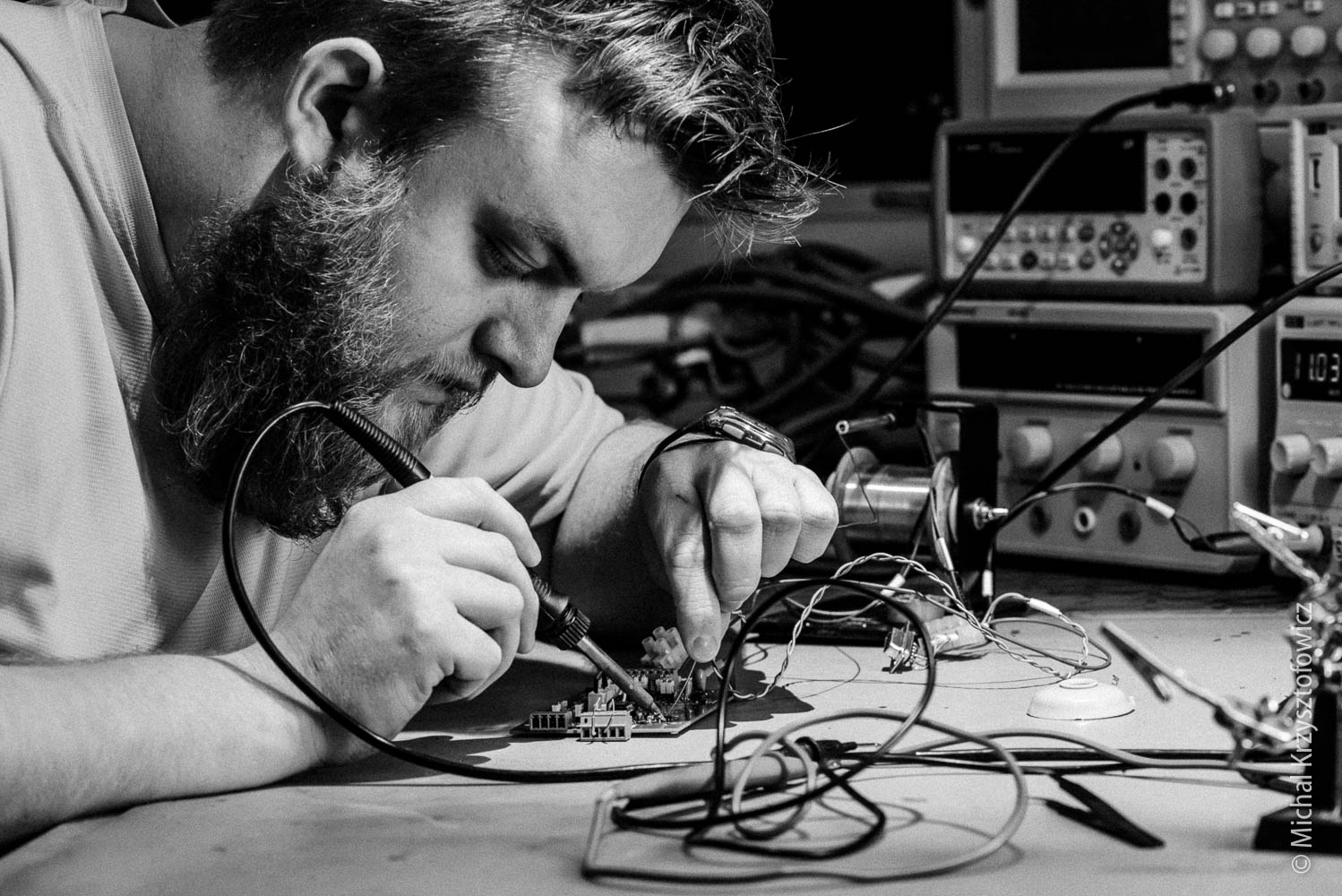 What does an Electronics Engineer do at Halley?

Instead of describing the role of the electronics engineer myself, I thought it’d be more interesting to let Ross explain it:

As an electronic engineer at Halley it is my job to maintain the scientific experiments that gather data here. The level of maintenance of experiments ranges from simply restarting a logging program on an experiments PC to fine tuning a super conducting coil. I also carry out repairs to experiments if they are damaged in any way. Most repairs are simple problems such as a connector snapping in low temperatures but some can be more involved if a circuit board is damaged by static. When not maintaining or repairing experiments I work on developing experiments that will be upgraded, this can involve writing firmware changes or even redesigning power supply subsystems to reduce noise in the experiments data.

As experiment components can get damaged and require replacement we have a well-equipped electronics workshop. The workshop or “e-lab” has a selection of quality soldering stations and a hot air rework station for removing and installing electronic components. We also have a range of test equipment for fault finding and bench testing circuits which includes power supplies, oscilloscopes and signal generators. The workshop has all replacement components that are required for each experiment.

What experiments the Electronics Engineers are responsible for?

All experiments are hosted in cabooses around the station. There are six cabooses in total (C1 to C6), and each hosts either a single experiment or a suite of related experiments. The responsibility for those experiments is split between the two engineers – Ross and Ricardo.

The following is a list of experiments (or experiment groups):

In addition, there’s a number of experiments and field activities involving both of the Electronics Engineers, like:

Considering the amount of work all of the above create, the Electronics Engineers split their responsibility between the two of them in the following way:

Of course, as we are all one team, we all support each other – so if one person has too much work, or is running out of ideas, or is struggling to solve the issue they’re working on, the other people in the team step in and try to help.

This website uses cookies to improve your experience while you navigate through the website. Out of these, the cookies that are categorized as necessary are stored on your browser as they are essential for the working of basic functionalities of the website. We also use third-party cookies that help us analyze and understand how you use this website. These cookies will be stored in your browser only with your consent. You also have the option to opt-out of these cookies. But opting out of some of these cookies may affect your browsing experience.
Necessary Always Enabled
Necessary cookies are absolutely essential for the website to function properly. This category only includes cookies that ensures basic functionalities and security features of the website. These cookies do not store any personal information.
Non-necessary
Any cookies that may not be particularly necessary for the website to function and is used specifically to collect user personal data via analytics, ads, other embedded contents are termed as non-necessary cookies. It is mandatory to procure user consent prior to running these cookies on your website.
SAVE & ACCEPT
Loading Comments...