After 14 months, my time at Halley has come to an end and I have just started my slow journey back to the outside world. First stop: Rothera! 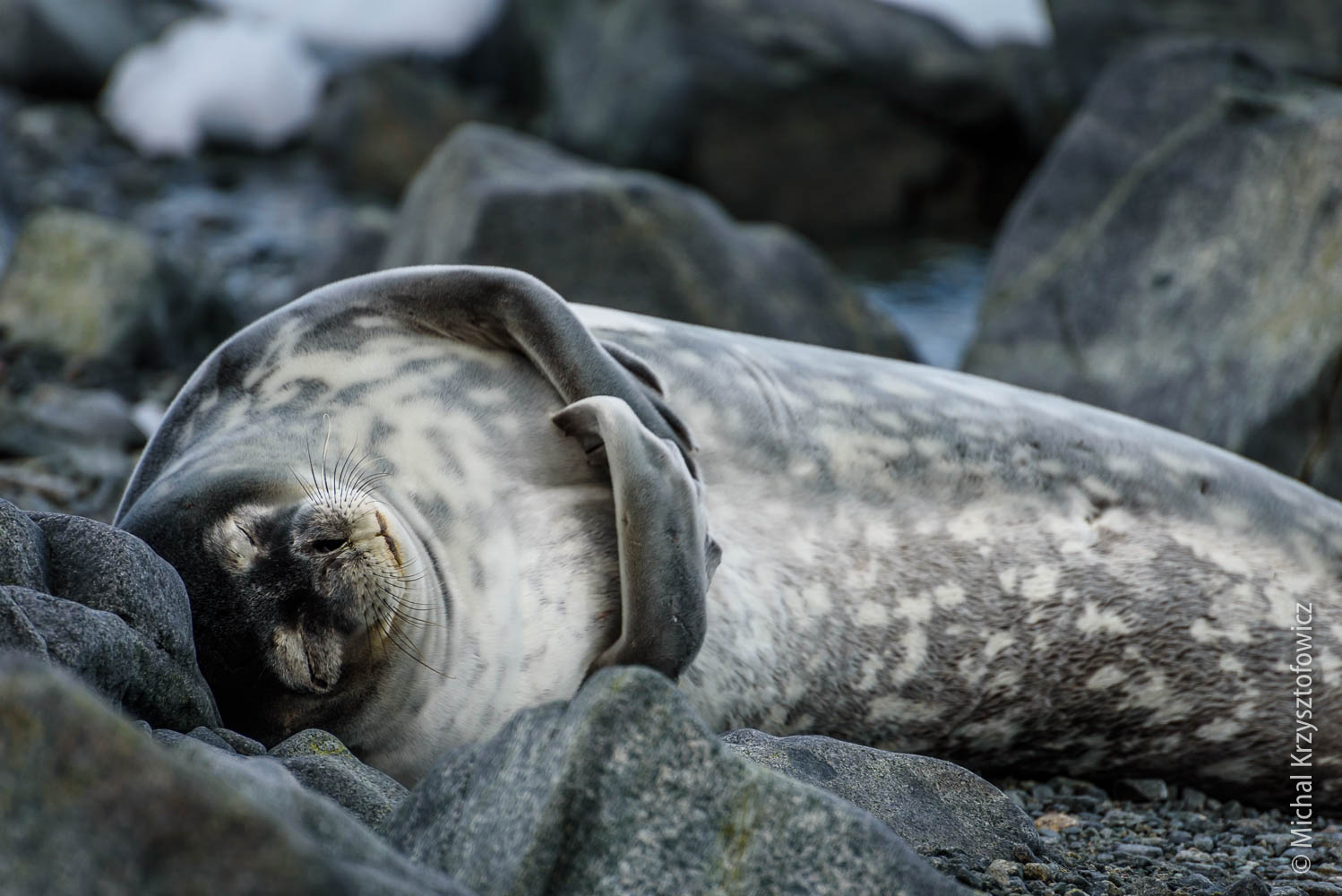 The station move is complete

The Halley VI station move had been completed ahead of the schedule. The remaining modules have been moved to the new site to join the rest of the station and work begun on re-commissioning them.

This is a fantastic achievement for everyone involved: from the design, to planning, to decommissioning, to station move, to re-commissioning, everything went really smoothly. This is the ultimate proof that it is in fact possible to move the station within a short time given the right people! It was fantastic to be a part of that team!

Earlier in the summer, a new crack has been discovered in the Brunt Ice Shelf. As it was officially discovered at the end of October, it was given a name Halloween Crack. The crack runs in the east-west direction, starting really close to the Rumples and extending east. It is some 11-15 km to the north of both Halley sites and runs almost parallel to the roadway between the two.

While the crack is not a threat in itself, it will eventually create a large ice berg, which when it calves off the ice shelf, may have a significant impact on what happens to the ice shelf. Considering how quickly the Halloween Crack is growing, and the big unknown as to what happens to the ice shelf, a decision was made to not winter this year. It is much easier to prepare the station for winter and get everyone off the ice now, in summer, when the aircraft and ships are or can be in the area, than if we had to evacuate people in anger in the middle of the winter.

This is a big blow to the science, as for the first time in 60 years (since Halley was established) there is going to be a break in the data set. On a personal level, it is also very hard for the people who came south to start their winter and I really feel for them. I hope you guys get your chance another time and I wish you all the best!

As I type this, most of the people have already left Halley, on the RRS Ernest Shackleton or by air via Rothera to Chile or via Novo to Cape Town. The remaining crew at Halley are winterising the final parts of the infrastructure and will be flown out in the next days.

The plan is to monitor the situation on the Brunt Ice Shelf – for this, several new LoH (Lifetime of Halley) GPS stations have been deployed. In addition, detailed satellite images of the Ice Shelf are being analysed periodically. Next summer, an early input of a small party will take place to assess the situation on the ground, and a decision will be made then as to what happens next season.

My time at Halley ended on 12 February, when I got on the Twin Otter aircraft to fly to Rothera. It was a long flight (both in terms of the distance as well as the time: 1800 km and 9 hours) but it was a brilliant experience! We initially flew west, somewhat following the coast of the Weddel Sea, and then across the Antarctic Peninsula to a summer base called Fossil Bluff. This leg took just over 7 hours. We stopped there briefly to refuel and then we flew due north for another 1 hour 40 minutes and landed in Rothera – in the rain!

Rothera is very different to Halley. It’s not as cold, it doesn’t feel as isolated (especially in summer with aircraft and people coming in and going out every few days), it has the mountains and the sea, and lots of wild life (again, especially from the Halley perspective). It is beautiful here and I’ve been enjoying my time so far!

I’ll be here in Rothera for another couple of weeks, doing some Data Management work. After that, I’m flying out to the Real World – first to Chile, then Portugal, then Poland.. and then we’ll see!

For now, please enjoy some views from Rothera!